The benefits of investing in the Republic of San Marino

The tax levy has traditionally been one of the most important elements for a manager, both in economic matters and in a more general corporate and organizational sphere.

In other words, this is an essential topic  in the operational and managerial choices, able, on its own, to condition the behavior of the economic subject which may risk in some cases to see the income, to remunerate venture capital,  enormously reduced because of taxes.

On the assumption of starting a new activity, considering the various tax systems aimed to find the best setting to involve the company, it is certainly remarkable the San Marino national system’s competitive edge. Despite being a landlocked nation with a territory of only 61 kilometers, San Marino offers to the investor very interesting advantages for manufacturing , distribution and high additional value services.

There is a long series of businessman who over the years have established companies in San Marino, successfully developing their activities in the manufacturing sphere (due to territorial boundaries is not so simple find factories over 6 / 8,000 square meters), in commercial sphere, technical assistance , services (software, fintech services, trademarks and patents management,) etc.

In order to help you to understand why investing in SAN MARINO in profitable, find below, 3 compared national systems and their respective tax, pay and contributory employment regimes. An immediate overview on the most suitable choice.

The example is based on some exemplifications, necessary to make the three economic systems comparable. It is  assumed for the sake of simplicity the same initial and final warehouse, a rent cost referred to good quality buildings in Ticino, in Milan and in San Marino, a total neutrality of indirect taxes. For convenience the item “general expenses” included all other costs that are assumed to be constant in the three States.

Finally, to simplify the comparison, the shareholders of the 3 companies are considered resident in the respective States for the example given. Therefore it is assumed that to benefit from the Sammarinese tax system, as indicated in this example, it is necessary to relocate the complany’s headquarter. 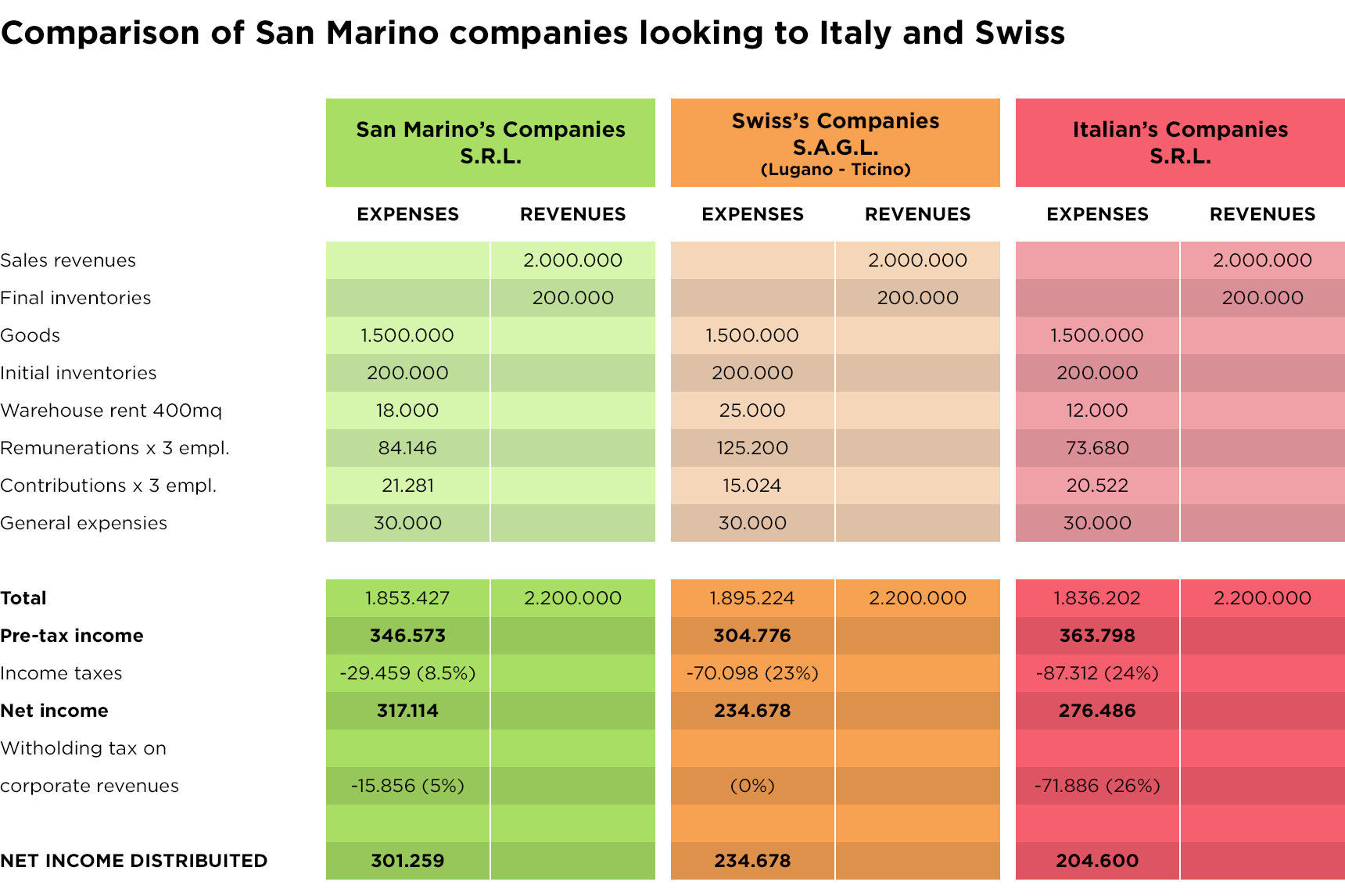